The Stanley Cup ring is an annual award in the National Hockey League given by the team that wins the Stanley Cup Finals, a best-of-seven series to determine the league's champion that season. In addition to the players, teams give rings to coaches, trainers, scouts, executives, and other staff members. Teams often give rings to players who played for the team, but do not qualify to have their name engraved on the Stanley Cup. 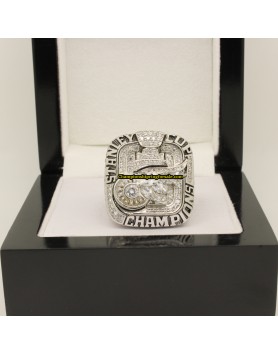