The American League of Professional Baseball Clubs, or simply the American League (AL), is one of two leagues that make up Major League Baseball (MLB) in the United States and Canada. It developed from the Western League, a minor league based in the Great Lakes states, which eventually aspired to major league status. It is sometimes called the Junior Circuit because it claimed Major League status for the 1901 season, 25 years after the formation of the National League (the "Senior Circuit").

The National League of Professional Baseball Clubs, known simply as the National League (NL), is the older of two leagues constituting Major League Baseball (MLB) in the United States and Canada, and the world's oldest current professional team sports league. Founded on February 2, 1876, to replace the National Association of Professional Base Ball Players, it is sometimes called the Senior Circuit, in contrast to MLB's other league, the American League, which was founded 25 years later. Both leagues currently have 15 teams. The two league champions of 1903 arranged to compete against each other in the inaugural World Series. 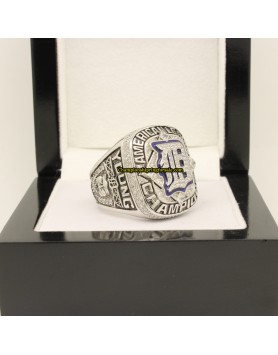